INFTA is involved in a range of media activities related to Public health and, more specifically, to the benefits of Forest Therapy.

On this page, please find some of the latest news regarding INFTA and Forest Therapy. We have also compiled a number of RSS news feeds from related sources.

Meeting the Founder of Narana – Uncle Vincent Ross (May 2021)

It has been a real privilege for INFTA’s President, Susan V. Joachim, to have been welcomed and greeted by Uncle Vincent Ross, a Mutti Mutti elder and the founder of the Narana Aboriginal Cultural Centre in Geelong, Victoria, Australia. The Institute of Forest Therapy, INFTA’s Accredited Training Provider in Australia and Asia, has recently moved some office space to this cultural centre.

Much like most people on this planet, Uncle Vincent Ross, has been unfortunate to lose his connection to the land, which is the land of his forefathers and the many forefathers before in his younger days. He had, very personally, gone through a lot of personal hardships but, eventually, found his way ‘back home’. Due to his relentless efforts, the Narana Aboriginal Cultural Centre was established in 1998 and developed into a well-recognized place far beyond the borders of Geelong or Victoria. 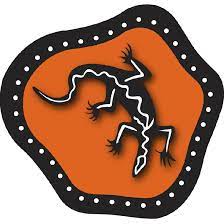 Narana encourages reconciliation and respect of culture through helping to create positive models for engagement and important dialogue around issues of National Reconciliation, a prevalent issue in Australia. INFTA is proud to support this process and to create respect for the Aboriginal culture and heritage as it was that culture – grown over tens of thousands of years – which lived in harmony with land and nature. 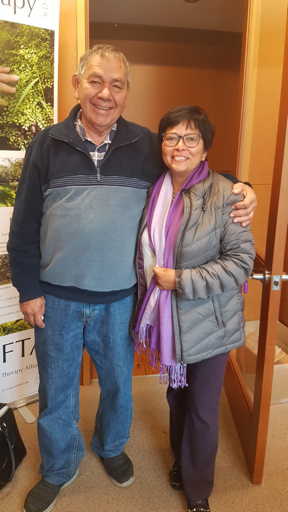 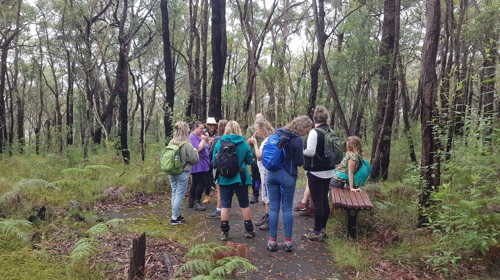 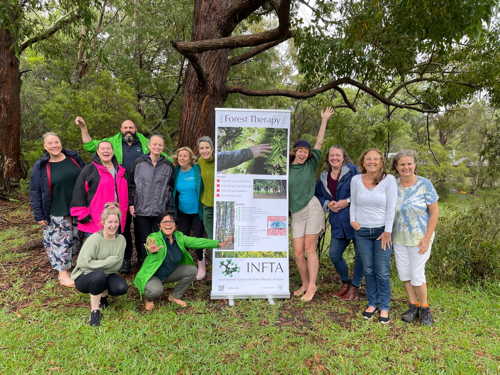 Another successful training workshop was held at Uniting Venues Elanora, Elanora Heights, New South Wales/Australia, 17-21 March 2021. This five-day intensive workshop marked the start of the six-months training of the next batch of INFTA-Certified Forest Therapy Guides. INFTA projects a demand of several dozen Forest Therapy Guides over the coming three years in New South Wales alone. This upbeat projection is fueled by the current contract INFTA’s Accredited Training Provider, the Institute of Forest Therapy, had signed with the Royal Botanic Garden and Domain Trust (RBGDT) for providing Forest Therapy services to Public, corporate and educational clients. The RBGDT, established in 1980 by act of the New South Wales Parliament, operates, among others:

Cambridge Scholars Publishing has just released a special feature, the “Book in Focus: International Handbook of Forest Therapy” showcasing the international relevance of the topic – and importance of this handbook for researchers, Forest Therapy Guides and stakeholders interested in Forest Therapy as a Public health practice. In this blog, INFTA’s Secretary and Editor-in-Chief of the handbook, Dr. Dieter Kotte, allows a unique glimpse behind the scenes of how this scientific milestone was produced as a collaborative and successful international venture.

More so, the publisher, Cambridge Scholars Publishing in the UK, offers a special promotional rebate of 25% (!) for anyone wishing to order the International Handbook of Forest Therapy. Go for it…. and take the book with you to read at your sit spot in the forest! 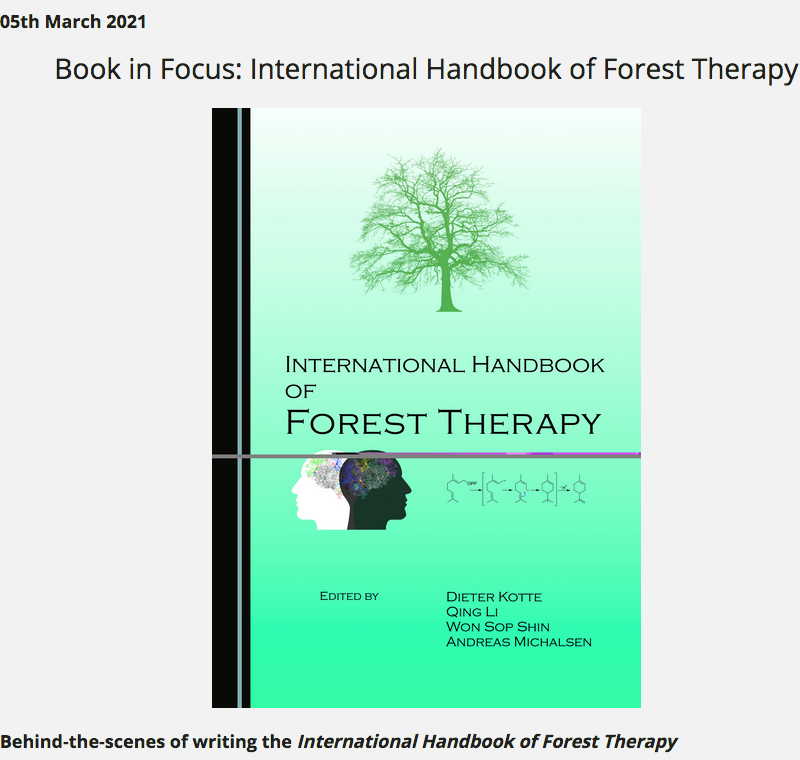 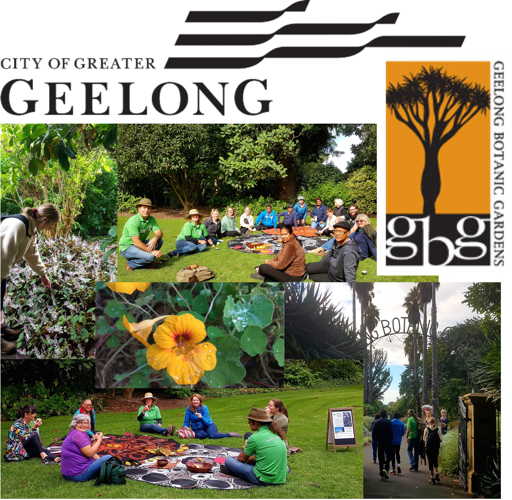 You can book your Forest Therapy event(s) right away at our special registration page for the event in Geelong.

INFTA’s President, Susan V. Joachim, explained the arrival of Forest Therapy at the Royal Botanic Gardens Melbourne to Stephen, the reporter of the Morning Show, Channel 9, a popular TV program in Australia (click on the start button to see the video).

INFTA is pleased to announce that the Royal Botanic Gardens and Domain Trust, New South Wales, has signed an Agreement for the Provision of Services with the Institute of Forest Therapy, INFTA’s Accredited Training Provider in Australia. As part of this agreement, regular Forest Therapy sessions will now be offered at all three locations in and around Australia’s most populated city, Sydney:

If you are interested to become an INFTA-Certified and Accredited Forest Therapy Guide operating at those new locations, please apply here. 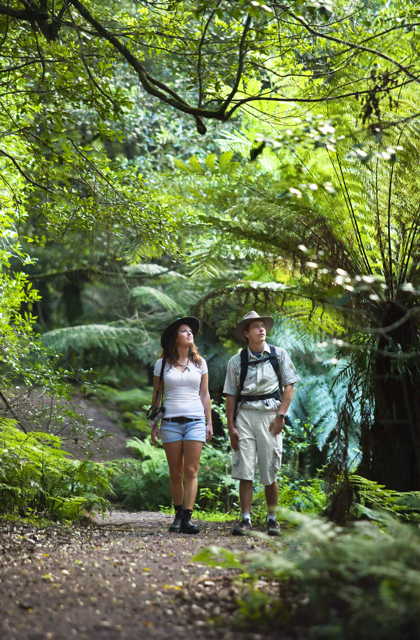 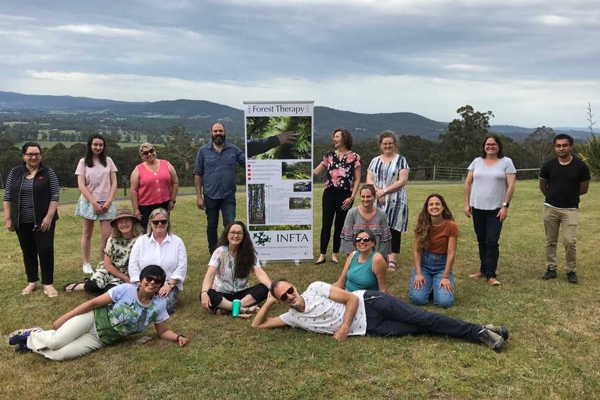 The latest research from INFTA’s Advisory Board Member, Prof. Dr. David Wang, and colleagues from the National Chung Hsing University in collaboration with Bio-Jourdeness International Groups Co. Ltd. and the Agricultural Biotechnology Research Center, Academia Sinica, in Taiwan identified very interesting and promising anti-viral properties of specific phytoncides in essential oils. The researchers found that the active compounds in geranium and lemon essential oils are able to downregulate Angiotensin-Converting Enzyme 2 (ACE2), a SARS-CoV-2 spike receptor-binding protein, in epithelial cells. As you are aware, SARS-CoV-2 is the virus responsible for the current COVID-19 epidemic.

While this does not mean that inhaling geranium of lemon oil will work as a vaccine against any COVID-19 infection, the important finding demonstrates the immense biochemical potential inherent in natural substances. The findings suggest that selected phytoncides and volatile organic compounds (VOCs) may, indeed, contribute to strengthening the human immune system in ways previously not thought possible. No doubt, key findings like that should translate into further research into the medical properties of Forest Therapy. INFTA congratulates David and his team to this innovative breakthrough in biochemistry/biophysiology! 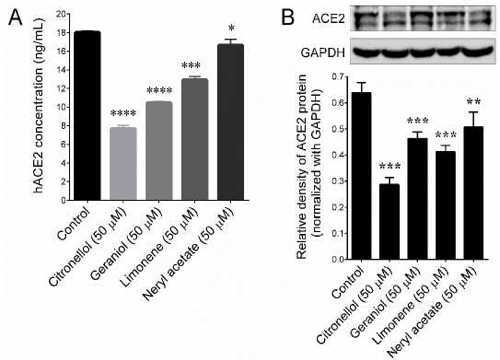 A recent article in the Australian Sydney Morning Herald described and endorsed the effects of Forest Therapy as an effective preventive Public health practice. Quoted next to the internationally revered British actress, Dame Judy Dench, INFTA’s President, Susan V. Joachim, stresses that when “immersing yourself or being showered in nature you consciously choose to slow down and soak it all in. Noticing the sounds, smells, sights, textures and even the taste of the air allows you to slow down, relax and re-energise”. This was underscored, once again, by several dozen participants who took part in the Public guided Forest Therapy walk offered by INFTA in collaboration with its accredited training provider, In My Nature, at the Ku-ring-gai Wildflower Garden in Sydney.

INFTA has received a lot of inquiries if and to which degree Forest Therapy as a preventive Public health practice may be able to assist in combating the ongoing coronavirus pandemic. INFTA wishes to underline that Forest Therapy exposes participants to inhaling a very diverse range of phytoncides when walking under the canopy of trees. These phytoncides bolster the human immune system. However, while some phytoncides have anti-viral properties (see, for example, Astani & Schnitzler 2014 and Pertino et al 2018), there is no known phytoncide, terpene or volatile organic compound (VOC) that destroys directly the new SARS-CoV (Coronavirus). SARS-CoV causes the medical condition referred to by the WHO as COVID-19. However, INFTA recommends to walk in nature and in forests regularly and to participate in Forest Therapy events to strenghten your immune system, physical and mental well-being. INFTA wishes everyone affected by COVID-19 a speedy and full recovery. 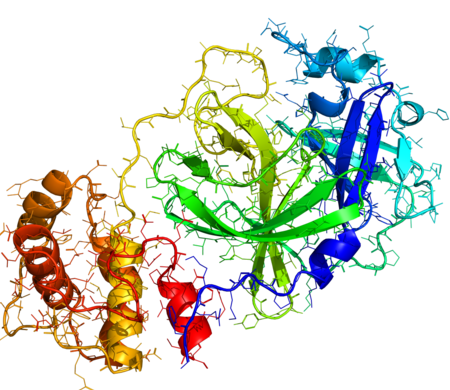 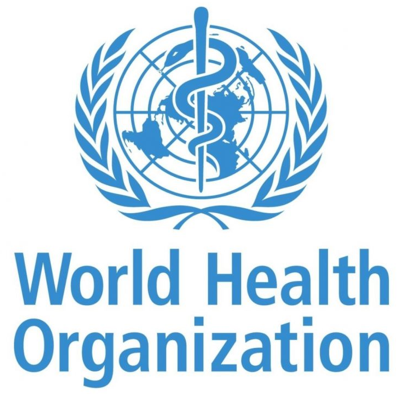 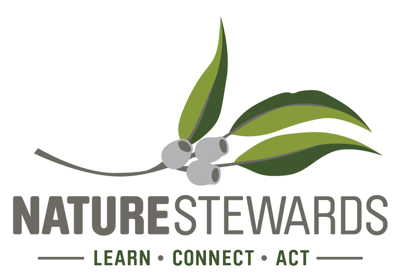 INFTA supports the local initiative by Outdoors Victoria to foster nature-connectedness among adults. Nature Stewards is a 10-week adult environmental program that will introduce participants to their local and wider Victorian ecosystems and natural places. The curriculum is broad, covering topics such as: rocks and soils; fungi, plants, and animals; climate change, seasons and fire; ways to care for country and manage private property; being a citizen scientist, conservation volunteer, advocate for nature, or nature guide; and how and where participants can get outdoors and volunteer in their area. The program includes approximately 46 hours basic training across 10 class sessions and four field sessions. Programs run across Victoria, with days, dates, and times dependent on the host organisations. More information and how to apply can be found here: A training program for Victorians to become nature-connected.

INFTA regrets the massive loss of life, environment and habitat caused by the raging bush fires in Australia. From an international perspective and being concerned about Public health and the lifestyle of people, INFTA urges governments and responsible stakeholders to pay attention to the immense value of our environment, in particular the health benefits natural forests provide. Losing millions of hectares of forests and bush in Australia coupled with the tragic loss of life of people, wildlife and fauna is a human and environmental catastrophe. It should remind us to have better preventive measures and policies in place. We – the people and communities – have to take immediate action to prevent such avoidable environmental destruction from happening again. As much as we need the forests for our very own health and well-being, the forests need us – now! 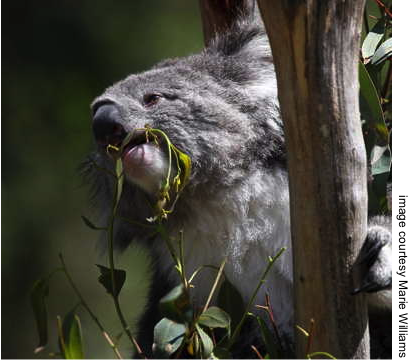 In 2019 INFTA was privileged to expand its Advisory Board yet again. At the end of this year, the Advisory Board comprises ten members. Our esteemed Advisory Board members come from Australia (4), Germany (2), New Zealand (1), the USA (1) and Taiwan (1). Their expertise ranges from Forest Medicine to Cancer Research, from Public Health to Qigong and from Counselling to Environmental Politics. Five of INFTA’s Advisory Board members contributed to the International Handbook of Forest Therapy which has been released officially on 1 December 2019.

Samantha Dunn, former State Member of Parliament in Victoria and a Member of INFTA’s Advisory Board was the Guest of Honour at the 2019 Graduation Ceremony of INFTA-Certified and Accredited Forest Therapy Guides. The Graduation Ceremony was held during yet another successfully completed INFTA Forest Therapy Introduction at Pallotti College, located in the scenic Yarra Valley outside Melbourne.

INFTA’s President, Susan V. Joachim, explained the main benefits of Forest Therapy to Vanessa Toholka, the reporter of the House of Wellness, a popular TV program in Australia (click on the start button to see the video).

INFTA is proud to announce the publication of the International Handbook of Forest Therapy (IHFT). The handbook is released by Cambridge Scholars Publishing in the UK.

The International Handbook of Forest Therapy is available as hardcover and digital copy through all common sales channels. 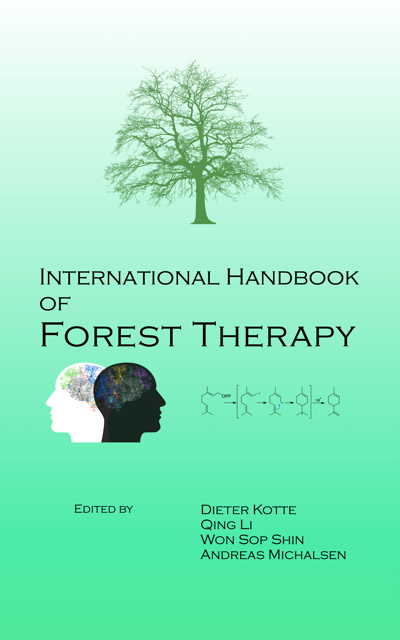