INFTA is privileged to count on the expertise of a number of revered and senior personalities on its Advisory Board. These eminent representatives of Public life, research, business and Public health in Australia and overseas assist INFTA in various ways to accomplish its mission and vision. INFTA is grateful to count and rely on the continued advice and support of its Advisory Board. 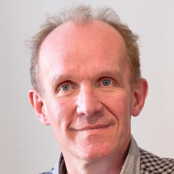 Count Gregor von Bismarck is an esteemed environmental protagonist and the owner of the largest and most well-known forest in North Germany, the Sachsenwald, located at the outskirts of Hamburg. The Sachsenwald was given by Emperor Wilhelm I. to his Great-Great-Grandfather, Otto von Bismarck, Germany’s first Chancellor, in recognition for his political and social accomplishments for the country.

Gregor von Bismarck’s career encompassed a range of very diverse responsibilities, ranging from being a successful film producer and director (three of his feature movies made it to the renowned Cannes Film Festival) to being an equally successful inventor. If you like, take a look at some of his ideas here.

Next to the official responsibilities as representing the Bismarck noble family and raising his children multi-lingually at Friedrichsruh Castle, he is managing the financing and construction of six wood-burning renewable energy plants. Further, Gregor von Bismarck runs a forestry and real estate business next to various companies.

Still, being such an active executive and being in the political and social limelight, Gregor von Bismarck immediately took to the request of supporting INFTA as an Advisory Board member as he recognized the value and importance of fostering Forest Therapy as a Public health practice. In this context, it does not surprise to learn that in his very own Sachsenwald, Gregor von Bismarck offers the ingenious and unique option of the ‘ Waldkorb’ (forest basket) – an opportunity to stay in midst of tall fir trees, completely isolated from any distracting noise of people, being in the true sense of the word ‘under the sky’. What a comforting and relaxing way to spend a night in nature!

But our Advisory Board member is also instrumental in assisting INFTA in its research efforts: data collection during standardized Forest Therapy walks as part of a large-scale German research project will take place in the Sachsenwald. Hence, INFTA is very proud to have Gregor von Bismarck, the tireless advocate of healthy forests, nature and environment on its Advisory Board. 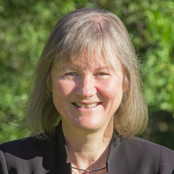 Samantha Dunn is a long term public advocate in Australia for protecting its forests and natural places. Samantha has campaigned on forests for nearly two decades, passionate about environmental protection, including biodiversity, water security, climate change, air quality, tourism and recreation. She takes an active interest in community health and well-being and enjoys working closely with the community on a range of advocacy issues.

Her career has seen her serve three terms with Yarra Ranges Shire Council, a place of great natural beauty and home to the heavily forested closed water catchments that supply Melbourne’s water. She has also served one term as a Member of the Victorian Parliament as a Member of the Legislative Council for Eastern Metropolitan Region. In that time one of Samantha’s roles was to advocate for the protection of forests as Spokesperson for Forests.

Her vast knowledge of Victorian forests was evident in her participation in parliamentary inquiries including the Inquiry into VicForests Operations and the inquiry into Fire Season Preparedness. Her time as spokesperson for forests saw her develop a transition plan for the forestry sector. She has a thorough understanding of the complexities of the regulatory arrangements and issues affecting Victoria from both an industry and environmental perspective. She has also spearheaded extensive community engagement campaigns to protect Victoria’s native forests during her time in local government and the state parliament. Samantha has led many tours to the forests nearby Melbourne and has seen firsthand the positive impact a healthy and biodiverse forest has on the people who visit.

She has been on numerous advisory committees and groups including:

She is an experienced strategist, advocate and negotiator and dedicates much of her time inspiring others to love nature, especially our forests. Thus, INFTA is privileged to have Samantha as a relentless advocate for our forests, forest health and community well-being on its Advisory Board. 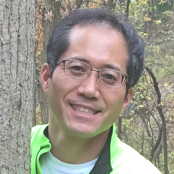 Namyun Kil is an Assistant Professor at the Department of Recreation Management and Therapeutic Recreation at the University of Wisconsin-La Crosse, WI, USA. He teaches various courses, including nature-based therapy, inclusive recreation program administration, medical language, and diagnostic groups in therapeutic recreation. His current research interests are in health and well-being benefits (e.g., forest and nature therapy, mindfulness, nature connectedness, place attachment) for diverse individuals with and without physical and mental disabilities/illness. Also, he is interested in measurement and evaluation in therapeutic recreation and GIS applications to health and well-being promotion. He has published peer-reviewed articles and made professional presentations (e.g., about nature and forest therapy) at international, national, and state level conferences.

Further to this, he is a Certified Therapeutic Recreation Specialist and will soon be a Certified Forest Therapy Guide. He is currently facilitating guided forest therapy walks to the Public with and without physical and mental disabilities. 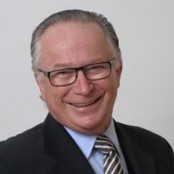 Harry Marget is a Principal Dentist and Director at the East Bentleigh Dental Care and known and respected for his outstanding dental expertise across Victoria and Australia. His dental and medical journey began in 1972. Since then he has done Clinical Hypnosis, Chiropractic, Myotherapy, Orthodontics and Implant Surgery. His real passion is pain control and orthodontics.

Dr Marget graduated from Adelaide University and has worked all over Australia. Harry always has Public health on his mind when he states his professional motto:
“My whole life has been a journey towards advancing oral health”. 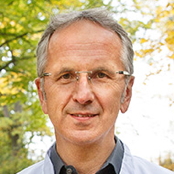 Andreas Michalsen, MD, PhD, is a Professor and Director of the Department of Integrative and Internal Medicine at the Immanuel Albertinen Hospital, Berlin and Chair of Clinical Integrative Medicine, Charité-University Medical School, Berlin, Germany.

Andreas Michalsen is a specialist doctor in cardiology and internal medicine. Due to his vast medical experience, he puts particular emphasis on treating patients with nutritional medicine, fasting and mind-body medicine. He is widely published and lectures internationally in the field of naturopathy and complementary medicine. His bestseller The Nature Cure has been translated in dozens of languages. Andreas Michalsen also co-edited the International Handbook of Forest Therapy (2019) which set a milestone in advancing Forest Therapy as a recognized, evidence-based Public Health practice.

INFTA is very proud and grateful to have gained the invaluable support and endorsement of Andreas Michalsen cooperating with him and his team in the area of Forest Therapy and Forest Medicine. 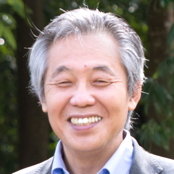 Yoshifumi Miyazaki, PhD, is a Grand Fellow and Professor Emeritus of the Center for Environment, Health and Field Sciences, at Chiba University, Japan.

Yoshifumi Miyazaki obtained his PhD from the Tokyo Medical and Dental University in 1985. He was Assistant Professor at the School of Medicine, Tokyo Medical and Dental University, for nearly a decade and Head of Laboratory of the Forestry and Forest Products Research Institute in Japan for about fifteen years. Yoshifumi Miyazaki published – next to hundreds of research articles in English and Japanese – a number of international bestsellers, such as “Shinrin-yoku – The Japanese way for health and relaxation“. His efforts greatly helped to advance Forest Therapy as a Public health practice.

Thanks to the invaluable research efforts of Yoshifumi Miyazaki and his team, public attention in Japan rediscovered the medical and health benefits of Japanese forests. In the best of Japanese traditions, this was recognized by the visit of (then) Crown Prince Naruhito (now: Emperor Naruhito) and his wife Masako (now: Her Imperial Highness) to Yoshifumi Miyaziki’s experimental labs at Chiba University in 2016.

INFTA is very privileged and honoured to count on the vast research expertise and personal support of Yoshifumi Miyazaki in the area of Forest Therapy and Shinrin-yoku (森林浴). 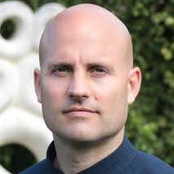 John Munro is the founder and head instructor of Long White Cloud Qigong in New Zealand. He has been responsible for the syllabus development and preparation of training support materials, home study courses and workshop content.

John began his Qigong training in the year 2000 when he studied for diplomas in Qigong and Traditional Chinese Medicine. Since then he has been active in clinical work, teaching and ongoing research, nationally and internationally.

John has acquired a range of qualifications: 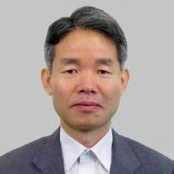 Dr Oh is involved in the development of integrative oncology clinical medicine bridging the gap between Western medicine and complementary medicine with interest in cancer survivor-ship at Sydney Medical School and Northern Sydney Cancer Centre, Royal North Shore Hospital. Dr Oh has conducted numerous TCM clinical trials and is well-published in the area of oncology and Forest Therapy. He has practised acupuncture and other complementary medicine for over 15 years, specialising in cancer care.

Dr. Oh is a member of the American Society of Clinical Oncology (ASCO) & Society for Integrative Oncology (SIO), the Australian Acupuncture and Chinese Medicine Association (AACMA), Australian Health Practitioner Regulation Agency (AHPRA) and is registered as a Chinese medicine practitioner with the Chinese Medicine Board of Australia (CMBA). He is currently training several experienced practitioners in this field who may also treat patients.​ Dr. Oh has a personal interest and passion in Forest Therapy and Qigong and INFTA is very privileged to draw on his advice. 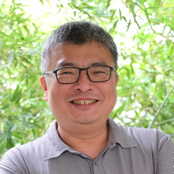 Sheng-Yang (David) Wang is a Distinguished Professor at the Department of Forestry at National Chung-Hsing University in Taiwan.

He is a biochemist, scholar and investigator and in his capacity as Dean coordinating the International College of Innovation and Industry Liaison at his university. Additionally, as its Director he supervises the Bachelor Program of Biotechnology. Moreover, David is Chairman of the Chinese Society of Forestry (Taiwan). 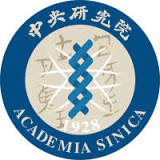 As a Member of the prestigious Academia Sinica, he is one of most revered academics in his country. There David serves as an Investigator at the Agricultural Biotechnology Research Center in Taipeh.

Within the Department of Forestry at David runs the Laboratory of Tree Metabolomics and Natural Medicine Development. As such he has published dozens of articles about the biochemical and biophysiological properties of phytoncides (or terpenes). Phytoncides are the volatile organic substances emitted from trees and plants which constitute an important part of their own immune system. As we have learned that phytoncides are also very beneficial for human health, for example, in bringing down blood pressure and pulse rates or by enhancing the production of so-called ‘natural killer’ cells which are important for fighting cancer and tumor cells, David is at the forefront of this highly relevant research.

INFTA is honored to have David on its Advisory Board and works actively on several aspects of further collaboration with David, the Chinese Society of Forestry (Taiwan) and National Chung-Hsing University.

INFTA is a not-for-profit association registered with Consumer Affairs Victoria (reg. no.: A0100437H)

INFTA acknowledges the Australian Aboriginal and Torres Strait Islander peoples as the first inhabitants of the nation and the traditional custodians of the lands where we live, learn and work.